“The album is a wonderful, unique, and artistic way to pay tribute to a long and successful career in the film industry.” – Dyan Garris, New Age CD

Now for something completely different. . .

Stephen Edwards, a prolific, award-winning composer for films and television, has recently released a solo piano album of re-recorded pieces from several movies which he also produced and directed.

Unless you are a buff of independent films, you’ve probably never seen any of these movies, hence the title of the album. However, the quality, variety, and ambiance of the 19 piano tracks on this album may, indeed, prompt you to do so.

Stephen has over 100 composing credits from movies such as, “The Mechanic,” and “Syndrome K.” Here, on this album, we are treated to his range and versatility as a composer and as a solo pianist/performer. As well, the album is a wonderful, unique, and artistic way to pay tribute to a long and successful career in the industry.

Each piano piece is brief, with the longest being 3:29. But as I said, there are 19 compositions, so the album is of good, solid length. And it’s interesting.

The album opens with two pieces from the first film Stephen ever scored in 1991. This was the movie, “Midnight Fear,” and the pieces are “Bed to Hayknife,” and “Jen’s Theme.” “Bed to Hayknife” is a dark and ominous waltz set in the movie over a variety of images such as sawmills and the like in Spokane, Washington. Here, as a piano solo, it keeps that general flavor, of course, but seems more “playful,” perhaps, rather than ominously dark. It’s good open to this album.

“Jen’s Theme,” is a solo piano cue for the female lead, Jenny, who had been taken hostage and was trying to figure out a way to extricate from that situation. Here, we can literally feel the “midnight fear,” anguish, and angst, through the music which paints the perfect soundscape for these emotions. So, in just two tracks, we begin to get a really good idea of the brilliance and talent of Stephen Edwards in this field.

Now, what would you do if you were the piano player on the Titanic? In “Waltzing On The Promenade from ‘Titanica’” Stephen was asked to imagine he was the piano player and guests were dancing to his music. This piece is light, airy, fun, and delightful. (Obviously, before the ship went down. . .) We are magically transported to that time through this music.

“The Minister’s Wife” is about an illicit affair and regrets about such. Again, here we have a perfectly conveyed soundscape for the theme. Appropriately somber and reflective, this is brilliant, truly.

Space does not permit the addressing of each of these 19 tracks, but I will say that each piece and its story is so compelling you will want to see the film. Some favorites:

“Project Shadowchaser,” which tells the story musically of the “void” we might feel if we were floating around in our spaceship in deep, dark outer-space.

“Heaven or Vegas,” – love that title – is an emotionally evocative piece about two lost souls on a road trip.

The brief, 2-minute piece, “Nocturne of the Sea from ‘Alias’” is the only piece on the album that is from a television series. This one was from Season 3, Episode 6 (“The Nemesis”), starring Jennifer Garner. The music – all of it on this album – is transportive, and we can literally feel the character coming face-to-face with an assassin. Again, brilliantly done.

The 2-1/2 minute, “Piano and Innocence” from “Today You Die” is lovely. That’s a strange statement, as the piece is about a man (played by Steven Seagal), who plays this piece himself on his lyre while planning his next crime.

“Syndrome K ‘Main Title’” is really beautiful, and a nice length at just over 3 minutes. Melodic and flowing, the original – which I would love to hear – was orchestrated. The piece here is the solo piano transcription, which is just lovely. And you might be inspired to see the movie, which is about 3 Italian doctors who make up a fake disease, “Syndrome K,” to save Jewish people from the Nazis.

The album closes out with “Death Link,” which is a 2021 film about some of the terrible things that can occur as a result of social media. This is indeed interesting due to the climate of the times we are living in at the moment. The music starts out simply and builds to an appropriately sinister mood. It’s a great end to a fascinating album. Love it.

“Alone in a Crowd” by Evan Wish Album Review by Dyan Garris, New Age CD, New Age Notes Radio, Zone Music Reporter (ZMR), and “Spirit Seeker Magazine” “We discover here that we may not be quite as alone as we think. Lovers of classical piano looking for something a bit different will like this album […]

Eleven After Midnight by Holland Phillips Album Review by Dyan Garris, New Age CD, New Age Notes Radio, Zone Music Reporter (ZMR), and “Spirit Seeker Magazine” “One thing that really stands out about Holland’s compositions is that they are structured and flowing, passionately played, with great movement, intricacies, and details we don’t find everywhere. This […] 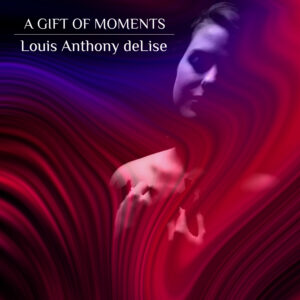